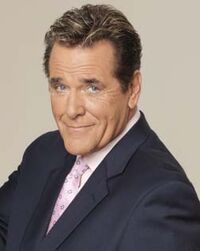 Hailing from Ashland, Kentucky. In 1963 after graduating from High School, Woolery enlisted in the U.S. Navy and served two year stint in the U.S. Navy and after returning to civilian life, he worked as a wine consultant for Wasserstrom Wine & Import Company in Columbus, Ohio. He was also a sales representative for the Pillsbury Company. In the 1960s, Woolery and Elkin "Bubba" Fowler recorded as the musical duo The Avant-Garde which had one-hit wonder success in 1968 with the top 40 pop hit Naturally Stoned. During this time he worked as a truck driver to supplement his income. As a solo artist he released five records with Columbia. After 1970, he signed with RCA and released a single Forgive My Heart. But in 1971, another single Love Me, Love Me failed to make any impact. He then turned to acting. In the late 1970s, he returned to his singing career and charted on Hot Country Songs with Painted Lady and The Greatest Love Affair.

During an appearance on The Tonight Show with Johnny Carson in 1973, Woolery was spotted on the program by Talk Show Mogul and entertainer Merv Griffin, who also created the popular game show Jeopardy!. Griffin wanted Woolery to be the host of a new game show pilot for the NBC network. The name of the game show pilot was titled Shopper's Bazaar, which would later be renamed Wheel of Fortune (based on the game Hangman which Griffin played frequently with his sister).

After the Shopper's Bazaar pilot, Chuck moved on to other thing as Merv Griffin was hard at work on rebuilding a new pilot now titled Wheel of Fortune with 77 Sunset Strip actor Edd "Kookie" Byrnes as the new host and Susan Stafford, a local TV personality, as the letter-turner.

Wheel of Fortune eventually got the green light by network execs as production began in December 1974. Susan Stafford remained onboard as the show's hostess while Merv Griffin wanted Chuck Woolery back as the host after he reportedly heard Edd Byrnes reciting "A-E-I-O-U" to himself in an effort to remember the vowels (Byrnes later admitted in his autobiography that he was drunk while hosting the two pilot episodes), Woolery agreed and on January 6, 1975, Wheel of Fortune made it's national televised debut on NBC and quickly became ratings gold. In 1978, Chuck and Susan were nominated for an Emmy as Outstanding Game Show Hosts but they lost to Richard Dawson.

In late 1981, Woolery became involved in an ugly dispute with show creator Merv Griffin. He demanded a raise from $65,000 a year to about $500,000 a year because the program was drawing a 44 share at the time, and other hosts were making that much. Griffin only offered Woolery $400,000 a year but NBC offered to pay the additional $100,000. Upon learning this, Merv became furious and threatened to take Wheel of Fortune to CBS. NBC withdrew the offer and Chuck was stripped of his hosting duties. After seven years as host of Wheel of Fortune (with the exception of a one week absence in 1980, Alex Trebek filled in for him), Chuck hosted his last episode on December 25, 1981 and on the following Monday, he was replaced with former TV weatherman Pat Sajak (who continues to host the show to this date). Susan Stafford remained onboard as the letter-turner but ten months into Pat's tenure, she parted ways with the show and was eventually replaced by Vanna White (who also continues co-hosting with Sajak today).

In December 2002, he appeared on Hollywood Squares during a special week of show titled "Game Show Week", appearing alongside fellow game show colleagues Wink Martindale, Jim Lange, and Bob Eubanks. In 2003, he joined Eubanks as they hosted the NBC specials Most Outrageous Game Show Moments (Eubanks had hosted all five of the specials; first with fellow colleagues Martindale, Lange, Ben Stein, and Peter Marshall; then he hosted the second special by himself; then Woolery joined him for the remaining three).

He also hosted The Price Is Right Live! at Harrah's casinos, and was one of three rotating hosts along with Eubanks and Jamie Farr in the live stage show $250,000 Game Show Spectacular at the Las Vegas Hilton until April 2008. While he was hosting Love Connection, Woolery coined his trademark phrase "We'll be back in two and two," before pitching to a commercial break. Two minutes and two seconds was the standard length of a commercial break.

Today, Woolery currently hosts (or has hosted) of a nationally syndicated radio commentary show titled Save Us Chuck Woolery, which began in 2012, grown out of his YouTube videos. After two years as host, he began a longer format podcast, Blunt Force Truth. With co-host Mark Young, Woolery expands on his political ideals and current events, often inviting guest experts to join the conversation.

Chuck has married numerous times, he married his first wife Margaret Hayes (from 1961 to 1971) and together they had three children (Cary, Katherine, & Chad). In 1972, he married actress Jo Ann Pflug as they appeared together frequently on Tattletales (Jo Ann was also a semi-regular panelist on Match Game) and divorced in 1980. In 1985, he married for a third time to Teri Nelson (step-daughter of actor David Nelson) and together they had two sons (Michael & Sean) and divorced in 2004. Chuck's current wife is Kim Barnes, they married in 2006.