This is chronicling the 2016 version of Match Game.

This version goes back to square one by using the format of the '73-'82 shows. This show is an hour long with two games with two different contestant played per show.

Two contestants compete in this new version of the classic comedy game show. The object is to match the answers of as many of the six celebrity panelists as possible on fill-in-the-blank statements.

The main game is played in two rounds. In each round, one contestant is given a choice of two statements labeled either "A" or "B". Alec then reads the statement. While the contestant ponders an answer, the six celebrities write their answers on index cards. After they finish, the contestant gives his/her answer. Alec then asks each celebrity — one at a time, beginning with #1 in the upper left hand corner — to respond. In this version, instead of shapes, the celebrities have indicator lights on either side of their names. When a celebrity sticks his/her answer in the slot they light up in white. When a match is made, the boxes turn green and when no match is made, the boxes turn red.

The statements are written with bawdy, double entendre answers in mind. A classic example: "Did you catch a glimpse of that girl on the corner? She has the world's biggest _________."

The contestant scores a point for each celebrity who has written down the same answer (or reasonably similar as determined by the judges; for example, "rear end" could be matched by "bottom", "behind", "derrière", "fannie", "hiney", etc.) up to a maximum of six points for matching everyone. The stars, however, can only be matched once per game. After play is completed on one contestant's question, Alec reads the statement on the other card for the opponent, and play is identical.

The round two questions are generally easier, and are usually puns that have a "definitive" answer (for instance, "Did you hear about the new religious group of dentists? They call themselves the Holy _____.", where the definitive answer would be "Molars"), whereas round one usually has a number of possible answers. This is to help trailing contestants pick up points quickly.

The player who matches the most celebrities at the end of the game is declared the winner. If the score is tied after Round two is completed, then the Tie-Breaker Round is played. The July 17, 2016 show showed the third slate with the middle part blurred out. This may indicate that the tie breaker was played but only the "B" question was televised.

The winner of the game goes on to play the (Big Money) Super Match, which consists of the Audience Match and the Head-To-Head Match segments, for up to and including $25,000. The Super Match is now playing on a monitor housed by a setup similar to the one from 1973 to 1978.

The contestant then has the opportunity to win five times what s/he has won in the Audience Match (the maximum total of either $25,000, $15,000, $10,000 or $5,000) by matching another fill-in-the-blank response with a celebrity panelist of his or her choice. In order to win the money, the contestant has to match his/her chosen celebrity's response exactly; this means that multiple forms of the same word, e.g. singular or plural, are usually accepted whereas synonyms will not be. If successful, he/she wins the big money.

So far, in this version, only three episodes had special-themes in its 5th season from 2020 until 2021.

On May 31, 2020 at the start of season 5 from the very first episode it had a different opening spiel where you had to "get ready to match the suspects" as the five detectives (excluding Mario Cantone) from the world of crime drama television featured Jennifer Esposito, Adam Rodriguez, Angie Harmon, Michael Chiklis & Melissa Fumero. In addition, this episode[1]also had a share of controversy for being "Tone Deaf" for airing a cop-themed episode amid protest for the late George Floyd along with including handcuffs and other prison-related props.

On July 21, 2021, in its tenth episode it had a Match Gala where "It's the most glittering night of the game show season" as the six panelists for this episode were: Mario Cantone, Vivica A. Fox, Antonio Brown, Hilaria Baldwin, Fred Armisen & Christie Brinkley.

On April 1, 2022[1]it has been announced by ABC that Match Game with Alec Baldwin won be returning for a six season along with news of the cancellations of[2]Card Sharks (with Joel McHale), The Celebrity Dating Game & The Hustler. 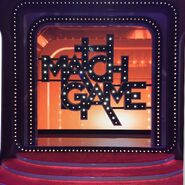 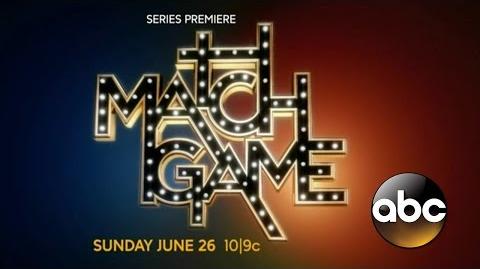