The Real Match Game Story: Behind the Blank

This is chronicling the 2006 documentary special on GSN (formerly Game Show Network) called The Real Match Game Story: Behind the Blank.

Interviewees include panelists Richard Dawson, Brett Somers, Marcia Wallace, Betty White and Jimmie Walker; numerous staff members from the classic series and one of the last interviews given by the series' legendary host, Gene Rayburn.

"Match Game" started out as a run-of-the-mill, fill-in-the-blank game show. The questions were simple and contestants had to fill in the blanks: "Every morning, John puts _____ on his cereal." Faced with cancellation because of low ratings, producers and panelists decided to kick it up a notch and have fun until the end of the season.

Host Rayburn rattled off questions packed with sexual double entendres, unusual for the 1970s. The racy questions made it to air, the celebrities made it a point to 'play dumb' and the results were hilarious. The ratings shot through the roof and CBS un-cancelled the series. "Match Game" became the highest-rated game show in daytime from 1974 to 1976.

"Match Game" redefined the modern game show. It went against convention, appealed to a younger, hipper audience and ushered in a new era of television. The special takes a look at "Match Game" from its rise to fame until its end in 1979 and celebrates one of the most beloved game shows on American television. The original "Match Game" series continues to air as part of the GSN lineup in the mornings, afternoons and evenings. 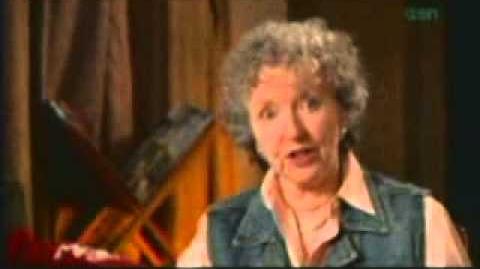 THE REAL MATCH GAME STORY: BEHIND THE BLANK to Air Sunday, November 26